NBA Facts – Thing You May or May Not Know

The NBA was founded on June 6, 1946 in New York.  Since that time, the NBA has grown to be the pinnacle of the sport where the best of the best basketball players play.  It is also the sports league and basketball league where you will find the highest paid sportsmen, especially when you compare it to the average salary of everyday people. 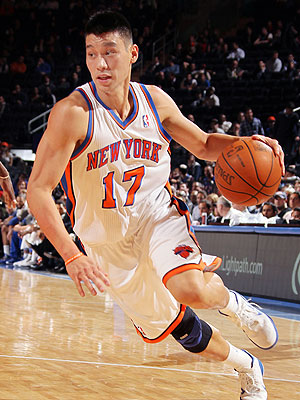 These days, you will find the league, particularly its teams built around a gathering of superstars who play for them.  The current champion for the season 2011-2012, the Miami Heat, is mainly built around three star players, namely: LeBron James, Dwyane Wade, and Chris Bosh.  Unlike other sports league though, the NBA is where you may find single players that may be able to control and dominate a basketball game.  This is clearly evident during the 80s and 90s when you look at the franchises of the Boston Celtics, Los Angeles Lakers, Chicago Bulls, and San Antonio Spurs, where a single superstar player along with his support team has managed to dominate the game during the season.  This is mind-blowing, particularly when you look at how other franchises have struggled during those seasons.

The list below shows some NBA facts that you may or may not know:

Race and Ethnicity – there is no denying that the NBA is predominantly populated by African-American players.  In the past, the league still had a good amount of Caucasian players playing in the league.  However, in the last 20 years, this has diminished greatly.  During these last two decades, the game has become more competitive and no one can deny the fact that black players are more adept in the game, mostly due to their quick reaction time, leaping ability, and versatility – factors which are very important in the NBA.  In fact, the appearance of black players in the game has led to its inevitable revolution as the NBA has started being played above the rim, something that has made it more exciting to watch.

According to the statistics of the 2011 NBA roster, the NBA is comprised of 78% African-American, 17% Caucasian, 4% Latino, and 1% Asian.  Despite the other 22% percent not being African-American, you will still find most of them as benchwarmers.  During the 2011-2012 NBA season, ethnicity played a big story due to the emergence of Jeremy Lin, as he became the first American with Taiwanese descent to play in the NBA.

Steroids – the NBA is seriously against drugs as it adopted its first anti-drug policy in September of 1983.  Under this program, players are subjected for random drug testing, particularly if there are any reasonable causes.  In 1999, steroids or performance enhancing drugs were added to the list of banned substances and a number of players have been banned due to substance abuse.  Among these players are Rashard Lewis, Darius Miles, and O.J. Mayo. 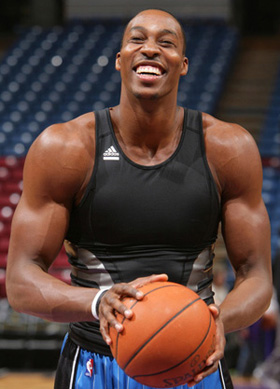 Even with the NBA’s strict policy against performance enhancing drugs, a lot of people still feel that the NBA has steroid abuse problems particularly involving some of the star players.  The issue of steroid abuse was called by Derrick Rose of Chicago Bulls as a huge problem, especially since performance enhancing drugs gives their users an unfair advantage.  He says, “it’s huge and I think we need a level playing field, where nobody has that advantage over the next person.” Among the top players that are highly talked about for steroid abuse are Dwyane Wade, LeBron James, and Dwight Howard.  Although all comments are speculative, when looking at their body proportions, Howard and James have larger shoulder spans when compared to the relative size of their heads, something indicative of drug abuse.

The Referees Have the Final Say – many of the NBA referees are old.  Unlike in other sports, NBA officials are often blamed by fans and media for making bad calls as well as taking control of the game.  Both players and coaches have been known to get upset or infuriated by certain calls.  In fact, some people even feel that the NBA games, particularly during the playoffs season, are being called off differently with the intent to extend the series.

The game of basketball is truly very unique wherein referees have a big influence over the series.  Since the game is fast paced, it can really be hard to determine whether a distinct move can be called for charging or blocking.  Due to this reason, referees often needs patience and ensure that a contact is first made before blowing the whistle.  Although this should be a basic thing for being a referee, more often than not, you will find referees over anticipating contact countless of times.  Because of this, you will find at least one player commenting that the officials are favoring the other team during the contest.  The truth is NBA referees can also control the game via the distribution of fouls towards star players, with which coaches are compelled to have their star player be benched for several minutes.

Changes in Fundamentals – the NBA is filled with highly skilled basketball athletes which does not make it a good example when looking for fundamentals in basketball.  During the last 2 decades, the league has evolved from defensive games to high scoring games.  The quick plays seen on TV can be exciting to watch, but when sensibly looked at may seem to represent poor defense.  Among the many aspects that have changed, the one that catches the most attention is the individual play.  Although the game of basketball is a team sport, it is often showcased for certain players, of which he will be the one taking critical shots under pressure situations.  Although the game is not scripted as the aim to win is still there, certain aspects have evolved purely for entertainment purposes.

The NBA has to date adopted certain rules for the purpose of deterring physical plays.  One of the most important implementation is the ban towards hand checking.  Although this makes it more difficult for the defense to keep their man in check, it does go both ways when the offense becomes defense.  There are others though who are not in favor of this strict defensive rules given that some players are being called with hardly little or no contact at all.  In the current NBA generation, more fouls are being called and more time is being spent at the free throw line, far more than other basketball leagues.