In the game of basketball, shooters are always considered an asset because every shot they make has the capacity to turn the game around.  However, to become better at shooting, you don’t need to do endless practice with no direction, it is important that you practice with a goal in mind.  There are far too many players who put a lot of time into practicing their shots, but since they aimlessly practice, they hardly improve at all.  For example, if you want to improve on your shooting, set out on improving your shooting form first.  Once you have that worked out, try doing some basketball shooting workouts.  This is not just an intelligent form of training, but it is also something that logical and one that can give you an edge.

To improve your shooting, you need to follow certain basketball shooting workouts.  Here are a few guidelines:

1. Set your goal based on the number of shots. 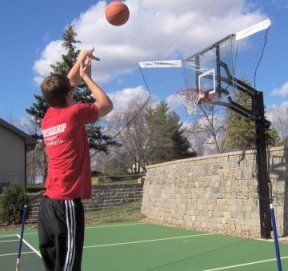 When practicing your shooting, try to set your goal based on the number of shots you make.  Never say you’re going to practice shooting for an hour as you’ll never be really doing this as you’re likely to spend most of your time running after the ball and dribbling.  If you really want to improve your shooting, set a number of shots regardless of how long it takes you.  You can choose either the number of attempts or the number of makes.  However, it will be a bit more challenging if you choose to do number of makes.  By doing enough repetition, at least a few hundred per practice, then you’re doing a more calculated approach to your practice.

3. Work on every type of shot.

If you take your time making your shots during practice, then how will you make your shot during game time?  This is the very reason why it is important to practice at game speeds so that you are able to practice in quickly releasing your shot to prevent yourself from getting blocked by your defender.  In fact, your shooting percentage is likely to plummet during games if you don’t practice shooting at game speeds.  In addition, knowing your position in court will enable you to practice the distance you are likely to take your shots during a game. 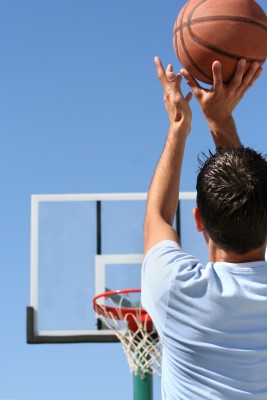 Once you think you’ve mastered a certain range or angle, then try to practice longer range shots.  This is because it’s not like you will always have the opportunity to shoot from your most preferred range during a game.  Don’t just concentrate on short-range shots, because you have more abundant opportunity taking mid-range shots.

It is also very important to include free throw shooting on your practice regimen as making foul shots during important games, particularly during the crucial moments can greatly help in turning a loss into victory.

7. Make use of items to simulate game-like conditions.

You can use cones or chairs to help simulate game-like conditions by positioning them on court and pretending as if they were the defensive team.  You can practice different types of shooting against these imaginary defenders as well as gain insight on distance judgment towards them.