The game of basketball is a team sports and it requires all five members playing on the court to act accordingly in order to assist or support a team member who in the moment has the capacity to score or shoot.  Simply put, the role of every team member playing on court is to assist or be assisted and this is done mainly for one reason – to win. 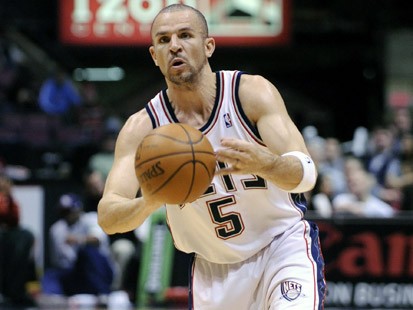 Basketball is not just all about shooting, dribbling, and rebounding, but also of passing.  Passing is the fastest way to move the ball around the court making it a great means of setting up good offensive possibilities.  If a team cannot successfully pass the ball to an open team member, possibly due to lack of passing skills, then the team inevitably risks losing potential points that can be garnered through such.  Passing is a very important skill in basketball.  The problem often time is, players hardly practice any basketball passing fundamentals, making them very poor at it.  It can be safe to say that despite passing being an important skill in basketball, it is also by far the least taught or practiced.

The problem with most players is that they think they already know how to perform passes after doing it several times and that they only need to make a pass when they don’t have a shot.  They fail to recognize the relevant importance of passing as an offensive strategy.  Sometimes, even if they do decide to pass, due to lack of practice, what seems to them like an open pass is easily interceptable because they fail to recognize (or haven’t experienced) how long it takes to pass from point A to point B.  Due to this lack of training, their passes sometimes or even often results in bad passes.  This is the very reason why passing should be practiced so that they don’t result in bad or intercepted passes.

There are basically two types of passes – the air passes and the bounce passes.  Air passes are passes that travels from the ball handler to the receiver without hitting the floor.  Bounce passes on the other hand are passes from the ball handler that are made to bounce off the floor to the intended receiver. The list below shows the kinds of basketball passes from basic to advanced.

Tips to Improve Your Passing

2. Don’t Attempt to Impress – knowing the many types of passes do not mean you need to do them when you can do a simple pass.  A simple pass is much easier to do and easier to execute.  You won’t impress anyone if you what was supposed to be a simple pass into a difficult one only to get it intercepted.

3. Play a Game without Dribbles – playing a game with your teammates with absolutely no dribbles is actually very difficult and confusing at first.  However, since each team needs to run to get opening for passes and shots, they eventually learn in making effective passes even while their intended recipients are running for position.