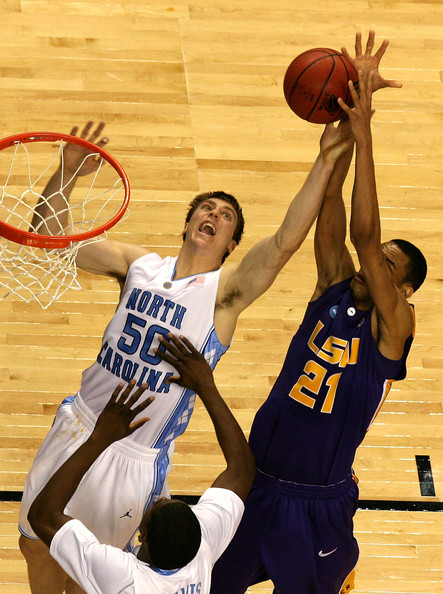 The best rebounders in NBA history are those star players who dominated in the rebounds department during their long and successful careers in the National Basketball Association over the years. Parked squarely under the net, these best NBA rebounders snagged the ball after a missed shot to give their team the possession, a scoring opportunity and in some case the momentum to pull out a huge victory. The list below shows both past and present rebounding leader of NBA.

Rebound is the primary way to get possession and can create more scoring opportunities for your team while limiting your opponents scoring chances. Rebound players start the offensive break that leads to points. The key to rebounding is speed, timing and effort. This is critical because it allows you to have a huge advantage when rebounding the ball. However, there are certain NBA players who seem to have mastered rebounding as they are able to execute it effectively even during the pressures of game play. There are many good NBA players aspire to be on top of this very elite game. But before they could be one of the top players of this game, there are many factors to be considered to be part of the list of top players. Such factors would involve dribbling skills, blocking skills, shooting skills and rebounding skills.

Wilton Norman “Wilt” Chamberlain (August 21, 1936 – October 12, 1999) is regarded as one of the most extraordinary and dominant basketball players in the history of the NBA.  The seven-foot-one-inch Chamberlain often called “Wilt the Stilt,” or “The Big Dipper,” because he was so tall that he had to dip his head to get through the doorway was, was one of the best offensive basketball players of his era. 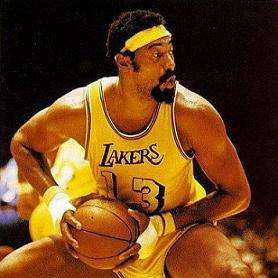 He is also the only player to average at least 30 points and 20 rebounds per game over the entire course of his NBA career. He is the only NBA Player that has 2,149 career rebounds, 27.2 Rebounds per game in 79 games. Chamberlain held many records: he scored 50 or more points 118 times, 60 or more points 32 times, and is the NBA’s all-time rebounding leader with 23,924. 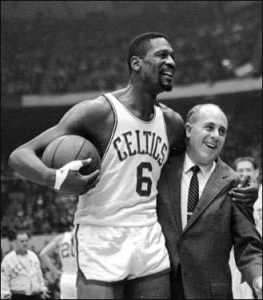 William Felton “Bill” Russell is an American retired professional basketball player who played center for the Boston Celtics of the National Basketball Association (NBA) from 1956 to 1969. Bill Russell was the cornerstone of the Boston Celtics’ dynasty of the 1960s, an uncanny shot-blocker who revolutionized NBA defensive concepts. A five-time NBA Most Valuable Player and a 12-time All-Star, the angular center amassed 21,620 career rebounds, an average of 22.5 per game and led the league in rebounding four times. He had 51 boards in one game, 49 in two others and a dozen consecutive seasons of 1,000 or more rebounds. 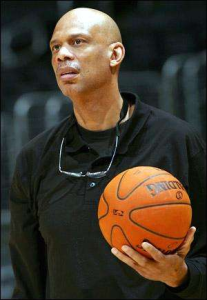 Kareem Abdul-Jabbar born Ferdinand Lewis Alcindor, Jr. played the center position and is regarded as one of the best of all time. His trademark skyhook was so precise and unstoppable it left defenders helpless. He is the all-time leading NBA scorer with 38,387 points, having collected six championship rings, six regular season MVP and two Finals MVP awards, fifteen NBA First or Second Teams, a record nineteen NBA All-Star call-ups and averaging 24.6 points, 11.2 rebounds, 3.6 assists and 2.6 blocks per game. He is ranked as the NBA’s third leading all-time rebounder (17,440). He is also the third all-time in registered blocks (3,189), which is even more impressive because this statistics had not been recorded until the fourth year of his career in 1974.= 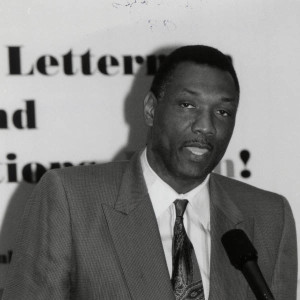 Elvin Ernest Hayes is a retired American basketball player and radio analyst for Houston Cougars men’s basketball, where he played his college basketball. In his career with the San Diego/Houston Rockets and the Baltimore/Capital/Washington Bullets, Hayes played 1,303 games over 16 seasons, registering 27,313 points (eighth all-time) and 16,279 rebounds (fourth all-time). Hayes never missed more than two games in any of his 16 seasons in the NBA. In addition to his 1968 scoring title, he led the NBA in rebounding in 1970 and 1974. 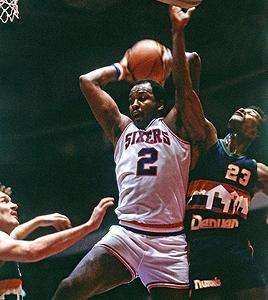 Moses Eugene Malone nicknamed as “Chairman of the Boards” and “Big Mo”, is a three-time NBA MVP and one of the NBA’s 50 greatest players. Malone was the most successful prep-to-pro player of his era, going straight from Petersburg High to a 21-year career in professional basketball. Moses Malone is the only player in NBA history to average 20 points and 10 rebounds on four different teams. He also became the first player in NBA history to earn five consecutive rebounding titles (1980–1984). He has the highest number of offensive rebounds (6,731) since the NBA started tracking offensive and defensive rebounds separately in 1973–74. His lifetime statistics 17,834 rebounds averaging 12.2 rebounds per game and 27,409 points with 1329 games.

Nathaniel “Nate” Thurmond, known to fans as “Nate the Great”, is dominant at both center and power forward. He was a seven-time All-Star and the first player in NBA history to record an official quadruple-double. Thurmond remains one of the greatest rebounders and shot blockers ever, named both a member of the Naismith Memorial Basketball Hall of Fame and one of the 50 Greatest Players in NBA History. He is one of five players in NBA history to average at least 15 rebounds per game for his career: 15.0 (14,464/964).  Thurmond made NBA history by grabbing eighteen rebounds in one quarter against Baltimore (1965). 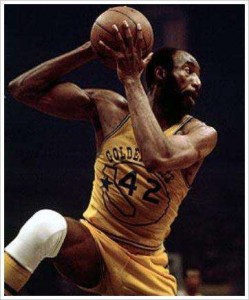 Robert Lee Parish nicknamed “The Chief” was known for his strong defense and jump shooting, and was elected to the Basketball Hall of Fame in 2003. In 1996, Parish was also named as one of the 50 Greatest Players in NBA History. 21 seasons are unmatched. He has 14,715 total rebounds, with an average of 9.1 rebounds per game and 1,611 games played. As of 2013, he is the oldest player to win an NBA championship. 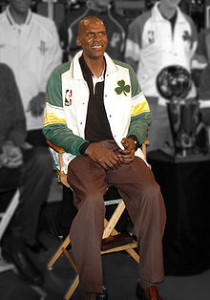 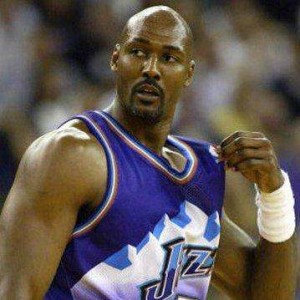 Karl Anthony Malone nicknamed “The Mailman”, is considered one of the greatest power forwards in NBA history. He spent his first 18 seasons (1985–2003) in the National Basketball Association (NBA) with the Utah Jazz and formed a formidable duo with his teammate John Stockton. Malone was a two-time NBA Most Valuable Player, a 14-time NBA All-Star, and an 11-time member of the All-NBA first team. He was a physical defender and rebounder, and one of the most durable players ever in the NBA, missing a total of only five regular season games in his first 13 years in the league.

Walter Jones Bellamy, fondly known as Bells, was an exceptionally skilled offensive force and defensive stopper. Playing in 1,043 of 1,055 games (98 percent) during his fourteen-year pro career, Bellamy compiled huge statistical numbers. His .516 shooting percentage, largely based on dominating, yet agile moves in the paint, was third best in league annals. 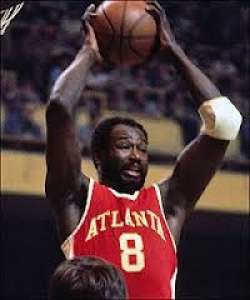 Bellamy was named the NBA Rookie of the Year in 1962 after having arguably one of the three greatest rookie seasons in NBA history. His 31.6 points per game average that season is second all-time for a rookie to Wilt Chamberlain’s 37.6, and the 19 rebounds per game he averaged that season is third best all-time for a rookie (to Chamberlain’s 27 and Bill Russell’s 19.6). Bellamy also led the NBA in field goal percentage in his rookie season, and had a 23-point, 17-rebound performance in the 1962 NBA All-Star Game. When he retired in 1974, Bellamy was sixth all-time in scoring (20,941 points, 20.1 ppg) and third all-time in rebounding (14,241 rebounds, 13.1 rpg).

Kevin Maurice Garnett nicknamed “K.G.”, is dominant at power forward and center with the Brooklyn Nets of the National Basketball Association (NBA). Garnett entered the 1995 NBA Draft, where he was selected with the 5th overall pick by the Minnesota Timberwolves and became the first NBA player drafted directly out of high school in 20 years. During his time in the league, he is the only player in NBA history to reach at least 25,000 points, 10,000 rebounds, 5,000 assists, 1,500 steals and 1,500 blocks in his career. Between 1999–2000 NBA season and 2004–2005 NBA season, he is only player in NBA history to average at least 20 points, 10 rebounds and 5 assists per game for 6 consecutive seasons. 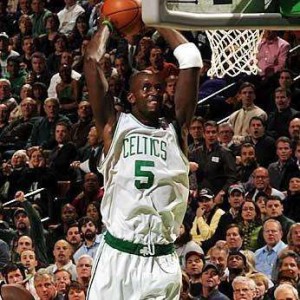