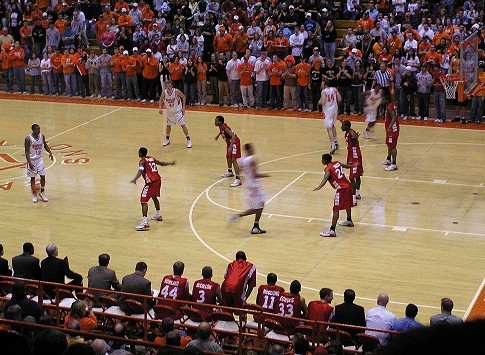 There are many aspects involved in the game of basketball and you need to excel in many of them to be at least considered worthy playing for the NBA. Such aspects would involve dribbling skills, rebounding skills, blocking skills, stealing skills, and shooting skills. When it comes to shooting, one of the most difficult shot to master is the long-range shot, more specifically the 3-point shot, as it takes a lot of timing, precision, and instinct to master this shot. However, there are certain NBA players who seem to have mastered this type of shot as they are able to execute this shot effectively even during the pressures of game play.

The NBA is the pinnacle in the game of basketball and it epitomizes the best players from all over the world. It is the league where all the best players in the world play. There are many good basketball players who aspire to become a player of this elite league. The truth is, not all players can become an NBA player as it takes a lot more to become one. The list below, in no particular order, shows both past and present masters of the three point shooters of all time.

2. Dell Majerle – a.k.a. ‘The God of Thunder,’ Majerle was one of the most productive three point shooters of all time. His ability to shoot three pointers from any angle made him a force to be reckoned with, as teams had to adjust their play style when Majerle was on playing. Majerle currently has 1,360 three-pointers, making him 16th in all time overall. 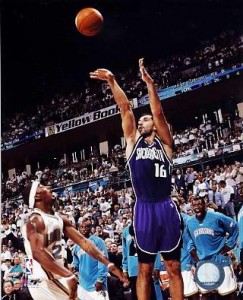 3. Peja Stojakovic – is one of the best three point shooters of all time in the NBA and ranking 5th overall with 1,571 three pointers. He is 2nd second among active players with a 40.2% shooting accuracy from behind the arc, placing him as 9th on the active list. However, unlike other players with higher-percentage shot because they seldom take shots, his percentage is lowered only by the high number of shots he takes per season. Stojakovic is a two-time winner of the NBA All-Star 3-point shootout.

5. Glenn Rice – is a player with 40% shooting accuracy from behind the arc. He belongs to the Top Ten All-Time Three Pointers List because he retired with 1,559 three pointers under his name, making him 5th overall in NBAs history.

6. Steve Nash – a two-time NBA MVP, Nash is considered as one of the best players to play the game of NBA. He currently holds 43.2% shooting accuracy form behind the arc. Nash is a player that was able to consistently hit over 40% shooting accuracy over the last three seasons, a feat which is to date unmatched in the NBA. He currently has 1360 three pointers under his name and is currently 16th overall, but is likely to finish in the Top Ten when he retires.

7. Dell Curry – a.k.a. ‘One Spicy Curry,’ was one of NBAs quickest shooters. He had an 80% shooting accuracy from behind the arc which he did for 8 straight seasons. Despite the high accuracy, his percentage was only in the top 3 for seven occasions. Although Curry started as a bench starter, he is considered as one of the best three point specialist in the NBA.

8. Larry Bird – if you are to talk about the best three point shooters of all time, there is no doubt that the name Larry Bird will come to mind. Although Bird only has 649 three pointers in his career and a measly 37.6% shooting accuracy, he is still considered to be among the best because he was able to execute them time and time again when their team needed them the most. His three pointers allowed his team to win the NBA championships twice in four years. 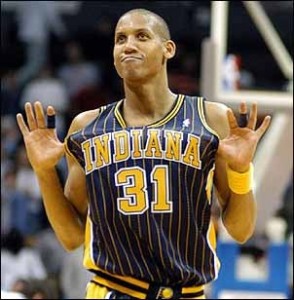 9. Reggie Miller – is a player that has made many winning shots. His last second three point shots are a legend as he has able to turn a losing game with hardly any time left into a winning one. Reggie Miller always raises his game level during the last few minutes of play and whenever his team is down by some points. Miller currently holds 2,569 three pointers with accuracy rate of 39.5%, making him without doubt one of the greatest three point shooter of all time.

10. Ray Allen – is an NBA player with a very fluid motion when making his shot. When it comes to fluidity of motion, there is no one better that Ray Allen. Allen, to date, holds the second highest all-time three pointers with 2,299 shots and an incredible 39.8% shooting accuracy. He currently holds the highest number of three pointers in one season with 269. He managed to hold the most three pointers in a single season for a stunning three times and occupying the top 3 space a massive ten times. There is a high possibility that Allen will take the number one spot if he continues with the pace he is currently at.

The three point shooters record that the best long-range players of the NBA have recorded is not permanent. There is without doubt that there will be new players to play the game that will be able to break their records. Although their records are immortalized and are here to stay, only time will tell when their unrivaled records get broken.