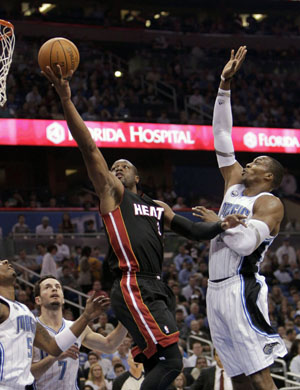 The finger roll is considered as a specialized type or upgraded version of the basketball layup. Although this shot may only garner two points, it still looks a lot cooler than a regular layup shot.

This type of shot is executed underhand where the ball is rolled off the player’s fingers without using the backboard. Since it is the fingers that give the shot its lift, it gives the ball more elevation thereby making it harder for blockers to make an attempt to stop the shot.

The finger roll is known by many as a tough shot to master and very few players use this shot as their primary shot. One notable disadvantage of this shot is that it is executed one-handed which means the ball is harder to protect as it is exposed most of the time.

Since the finger roll requires you to be high in the air with your arms fully extended, it is important that you get accustomed to snapping both your wrist and finger with hardly any arm movement. Many new players find this movement very awkward because we are often led to practicing follow through movements, which means both arms and wrists move in conjunction with each other to gain more fluidity and strength.

The first step in executing a good finger roll is that you make a drive towards the hoop to gain considerable speed. Once you have accomplished this and have dribbled your way into the paint, the next thing you need to do is make an instant assessment if there is an opportunity to make a finger roll shot. If you think you can make the shot and find an opening, never hesitate and try to attempt the shot. However, if the lane towards the hoop is fiercely guarded but can still manage to get a step of space to leap forward, if you are confident, you can try to consider attempting the finger roll, or if you are free, you can attempt a long range shot or simply pass the ball off to a teammate.

The finger roll is an excellent shot to begin with, especially if you have both the physique and offensive skills. While in the offensive, this move can greatly work in your favor because you can use it interchangeably with both the jump shot and the fade-away shot. Knowing this skill will help to increase you offensive and open up more scoring opportunities.