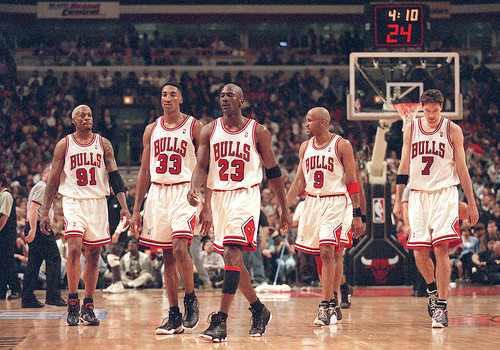 When it comes to team sports like basketball, teamwork is very important.  In fact, even if you have very good individual players, it will not guarantee a win each time if the players do not know how to work, play, or communicate with each other.  Successful teams cannot be formed if every individual on the team is trying to act on their own.  However, it is important to understand that teamwork is not a skill that is learned overnight.  It is a continuous process of development and molding the unity of the team as a whole.  This makes the role of the coach important as he is usually tasked with creating the bond within the team.  He needs to develop discipline and at the same time enforcing the players to work together instead of just allowing them to run around the court without teammates in mind.

The truth is teamwork can be developed through drills and hours of practice.  However, some fail to comprehend that teamwork can also be developed through team outings.  Going out and having fun with each other’s company can help to develop camaraderie which in turn will help in bringing the whole team together.  Even if a team may seem good in court, if that is the only time they see each other, then highly likely, the team is not going to be successful in the long run.  In order to be a real team, each member should be like close friends, going out occasionally, and having barbeques in each other’s homes.  Such team building activity will be able to develop friendship that will even surpass the team when it is no longer together or has been passed down to a younger generation.

When playing on the court, the key to success when utilizing teamwork will mean well-structured drills.  Knowing the weak points and strong points of the team and taking appropriate measures and drills to address concerns pertaining to weak points will help the players to improve.  When done efficiently at game speeds during practice sessions, the team will likely be able to achieve what has been practiced.  Even if the team is not considered the best offensively in the league, positive attitude, practice, and teamwork will help to achieve good offensive opportunities.

Depending on the league you are in, there are times you will think that winning is not everything, especially if you are only playing for recreational leagues as the emphasis for such leagues is to simply enjoy the game and have fun.  However, if you are playing in a competitive league, your perception on winning will be different.  This is where focus on individual skills and teamwork becomes very important.

If you are still having trouble brewing the teamwork within your team using the traditional method (or perhaps on an individual), then maybe it’s time you try out different methods that may work.  In order to properly address this concern, you need to methodically chart down the methods you have done and crossing them out if they are not effective.  If you have a new method that needs to be tried out, then try it and observe whether it is helping or not.  This type of approach to addressing the problem (trial and error system) will help to build the unit that you want to build, slowly but surely. 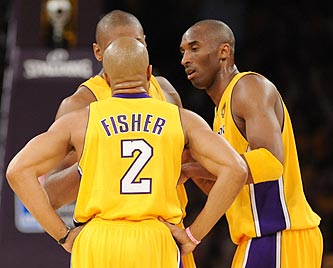 A leader, in definition, is a person who has authority to tell a group of people what to do.  He can also represent a group of people.  Leadership on the other hand is described as the ability to enlist the aid and support of others to accomplish a common task.  In basketball, a leader is the person who leads the team verbally and through actions in both offense and defense.  He is a person who inspires the team to work hard during games and practice, and work harder during crucial moments of the game.  He is also considered the coach in the court.

Lead by Example – although you hear this every time, it is still the most basic of leadership qualities.  This is because you cannot force someone to do something that you will not do yourself – in this case your teammates.  If you are working hard on court, you are always on time for games and practice, you calm and composed during tough games and practices, then you have the right to tell your teammates to do the same.  After all, if you can do, surely so can they.  Attitude is very important in a leader so you can inspire your teammates to follow you.

Make Your Teammates Better – as a leader, not only is it important that you make yourself better for the team, but you also need to make your teammates better.  This can be accomplished by figuring out how to take advantage of the strengths of your teammates and working on them to execute game plays as well as helping your teammates on areas where they are struggling.  As a leader, you also know when to be quiet and when to listen to the coach.

Look and Act the Part – as a leader, you need to show respect to both your coach and your teammates at all times.  However, there this does not mean that you cannot stand for what you believe in.  It is important for a leader to impart his knowledge on what he believes will help the team to get better.  Another aspect in acting the part of a leader is by staying cool and composed with referees and officials, even when the call is really uncalled for.  This will develop confidence with the team as they will be looking up to you.