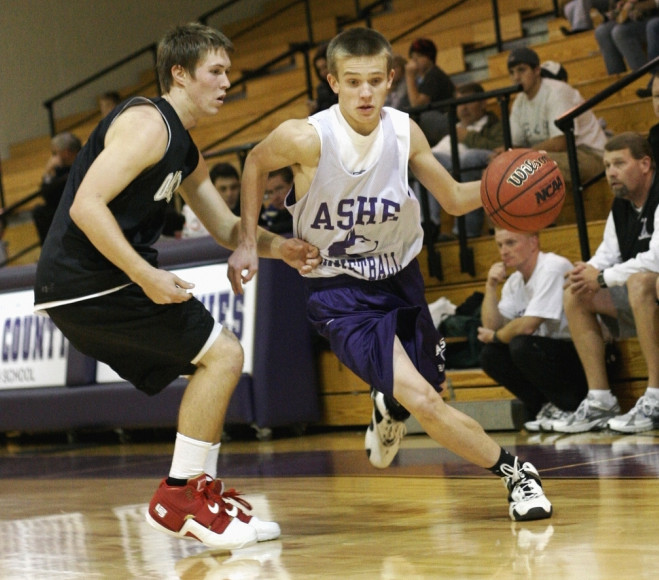 In the game of basketball, a player has the upper hand if he is able to read the defense.  The ability to read the basketball defense is essential regardless of your position on the floor as every player always looks into catching a pass with intent to shoot or pass.  The truth is the ability to read the defense is very important for a post player as he is the key player on the inside who can shoot near the hoop or pass to an open outside shooter.  He is the key player who can decide for himself and the team.

One way of reading the basketball defense is by taking a glimpse at the feet.  The feet will tell you your defender’s location and stance which will enable you to have an idea of your next move.  If a post player looks down and sees no feet on both sides, the pivot face-up would seem a logical option.  This makes the basic skill of front and reverse pivot crucial as they allow you to make an offensive move while being able to protect the ball from the defender.  In fact, the pivot also allows the offensive player to view the floor which will enable him to decide whether to score or to pass to the outside.

If an offensive post player feels there is no contact from a defender, he can execute a reverse pivot by swinging the non-pivot foot to make a quick drive to the basket.  A front pivot on the other hand is usually done when the post player feels there is contact form the defender.  This move allows a post player to move to the opposite side to take a quick shot.  This move can also create space by establishing a pivot foot on the same side as that of the defender.

The front pivot in most cases provides the opportunity for a post player to see the defender and go for a one-on-one play.  However, this move is generally recommended when the non-pivot foot of the post player is currently his dominant leg as this will allow him to execute jab steps efficiently.  This is more useful when the defensive player has his legs on either side of the offensive post player as this move will allow other moves to appear.  Some example of these moves would be the hook and the drop step layup.

A good drop step layup is executed with simple ball and shoulder fake onto the defense to get them to lean.  The next move will be for the post player to move their non-pivot foot away from the defender.  It must be emphasized that the step is big or wide so that his toes are pointing either on the baseline (if defense goes topside), or sideline (if defense goes baseline).  The wide step will help to ensure that the post player is close to the basket, while the pointing of the toes on the other hand will help to orient the offensive player to the basket for the shot. 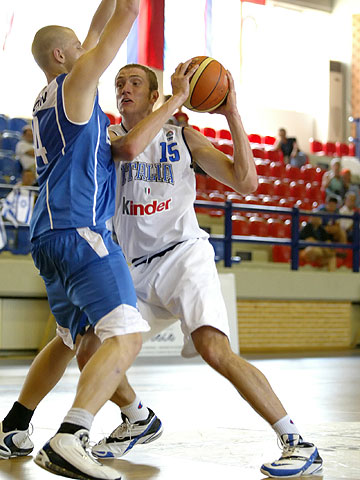 Performing dribbles during the drop step is also crucial for the move to be successful.  Most players will tend to dribble before the step.  However, this should be avoided as this gives the defensive team the chance to tip or knock the ball away.  Also, dribbling before the step will prevent the offensive player to get the big step needed to get the move right.  The dribble should be done at the right time and the right area as this will allow the post player to powerfully move against the defensive player.  The dribble should be done between the pivot and drop foot as this will allow the post player to secure the ball better and get near the basket in a powerful and explosive manner.  This makes it important for coaches to monitor how their post players dribble during these situations.  When coached properly, the post player will be able to execute this move more instinctively without having to think of the move at all.

Using counter moves can also be effective against the defender.  Counter moves basically make use of dribbling to setup jump hooks, drop steps, or under shots.  However, like most post play moves, they need to be done using wide power play position.  This will allow the offense to lean on the defense during dribble.  Using the off forearm, the offensive post player will be able to secure the defender into a position where they can make their move towards the hoop.  In addition, the off forearm also acts pin to prevent the defender from getting in front as the offensive post player turns.  This move can be used using one or more dribbles.  If a post player attempts to use multiple dribbles, they must be able to execute their move quickly or face a potential double team.  The counter is a move often used by seasoned post players as they would already have a good knowledge on how to read the defense and how to work their way around the defense to get their shot.

If a post player at any point lose positioning or feels awkward having the ball in their current position in the offensive court, he should be able to pass the ball back to the perimeter instead of forcing his way inside.  The inside out action often works well for many teams as the defenders are baffled to what type of play the offense is planning.  In addition, when the ball goes to the perimeter, the post defender usually lightens up his guard as he knows the ball is not with the post player.  Taking this opportunity to reestablish post play position will help the post player to receive the ball and even potentially score.