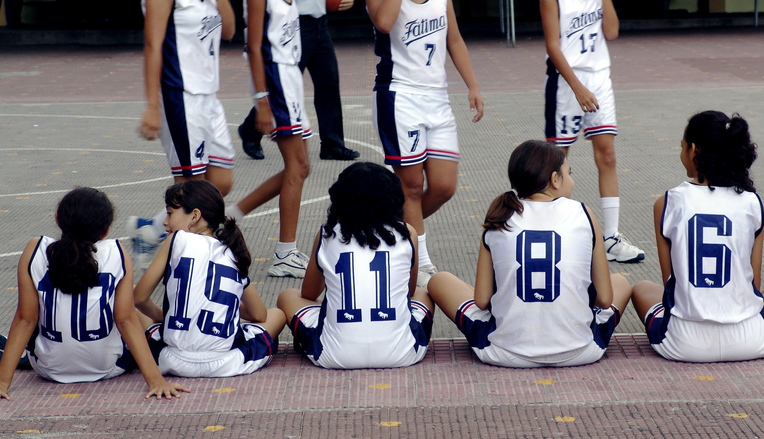 The main objective of this game is to outscore your opponent by making a shot and preventing your opponent from making one. And just like in every sport, tactics along with right application of rules and regulations are needed to win a game fair and square.

Basketball Tactics. There are many tactical skills that you could apply in playing basketball. One is spacing. The more that a team spreads the court and forces the defense to defend from side to side, the more space the offense will find for open and higher percentage shots. Ideal court spacing would take 12 to 15 feet of space between players. But as the ball moves distance and location of players would change depending on the game.

Another is the cut. A cut is the sudden change of direction of players so as to get an open shot or to get an open area to snatch the ball. There are basically two kinds of cuts, the L-cut and the V-cut.

Next would be the screen. A screen is when a player blocks a defender to protect his teammate and help it get an open. Screening should be carefully made to avoid doing an illegal screening. A legal screening is when  you are stationary position and you allow the defender to run into you.

Next important thing is the defense. There are many things you need to consider in defense, just as when you are in the offense. Basics would be you must watch the ball and the man holding it at almost all times. and when the ball moves, everyone should move. When your man moves, you should move. Also a crucial thing is communication. This is a team sport so you should play as a  team, keep in touch with your teammates. use sign, symbols or even small phrases that are easy to understand or common to all members. Last important thing is guard your ball. When you have the ball, make sure that you can dribble it to the basket.