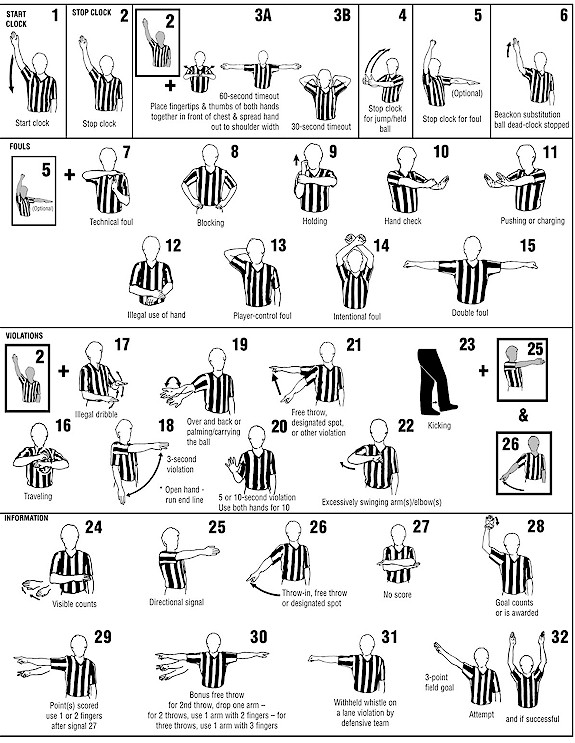 Each and every sport is governed by rules and regulations and basketball is no different.  This covers play, game officials, equipment and procedures.  Most leagues, including the National Basketball Association, are governed by their own basketball rules.  However, the basic basketball rules are the same regardless of league. Basketball is a team sport that is played by two teams with five players each.  Each team tries to outscore the other team by using skills and avoiding any violations.

Fouls:  (this can result in free throws being awarded to the opposing team.)

Violations: (this can result in the change of ball possession)