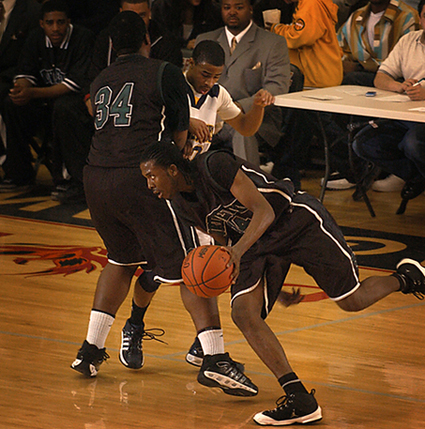 As a coach, one of the most visible parts of your job would be the development of your team’s offense.  After all, the main objective of the game is to outscore your opponents.  Basketball offense is not just a team’s ability to score, but it is also in a sense an aspect that conveys image and self worth.  For example, give a player some plays that will allow him to score and his self esteem will definitely go up.  However, if you want to see him lower his self value, then don’t give him anything. 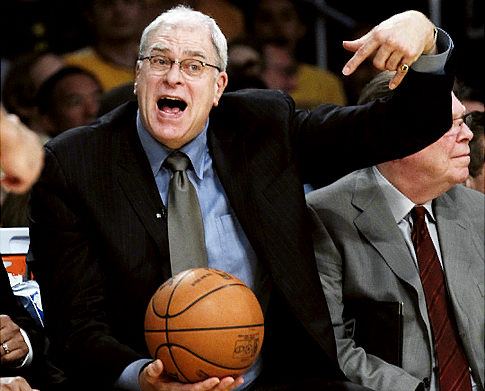 What is basketball offense?  Well, a basketball offense is basically a series of passes, cuts, picks, screens, etc. that are made to create the opportune shot for a particular player.  Simply put, offense is an organization of motion amongst team members to accomplish a certain goal – to score.

The System Coach:  The system coach will have 1 offensive system which he will run one year after the other.  Good coaches will adapt their system with their players and the bad ones will not.  There are actually a number of system coaches in college basketball.  In fact, in the NBA, Phil Jackson continues to run his Triangle Offense which he has used since his CBA days.  The advantages of using system is that only new players in the team will need to learn it and those who have learned it in the past will become more adept to the system and become better at it.  On the other hand, the coach who has been running the same system year after year will become better in making judgments and be able to make necessary game adjustments.  The one thing negative about using a system is if the program does not fit players.  When players are mismatched, the system will not work to their advantage as it does not play according to their skill.  The truth is systems are great, especially if you are able to recruit players that are well suited for your system.  However, if you don’t have the right players for your system, it becomes somewhat difficult to continue, particularly as the years go on when players come and go.

The Non-system Coach:  The non-system coach will change offensive strategies each year.  The offensive strategies they construct are usually based on their current roster. The coach will basically evaluate the strengths and weaknesses of his players and try to formulate an offense strategy within there.  The main advantage to using this type of system is that it is specifically tailored according to the overall capacity of the team and its members.  This makes the distribution of roles easy for the players because the offense system has been adapted towards them along with the careful consideration of their skills and capabilities.  Coaches that use the non-system are difficult opponents and are hard to prepare for because they change offensive strategies each year.  The main drawback to this system though is that you cannot rely on the experience of your players as the type of offense used changes each year – meaning players need to learn and adapt to a different offense each year.

Spacing – the most important aspect of any offense is space.  Proper spacing allows players to move about and create perfect opportunities for screening as well as control player matchups.  In fact, with good spacing, it forces the defense to make certain adjustments that usually are not advantageous for them as it limits helping possibilities, including creating bad matchups from switches.  This enables the offense to move effectively and even have a clear view of the court for a more efficient offense.

Angles – passing, screening, cutting and even driving require angles that are crucial for the success of an offense.  It is in fact more important than the pattern of play being executed.  This is because without the necessary angles, what’s supposed to be a perfectly constructed play will fail if the offensive players do not move or position themselves effectively.

Playing their Role – players need to know and should be aware of their role in an offense, particularly when they have both talent and ability to score.  The truth is a lot of coaches fail to address this area more than anything else.  For example, you certainly don’t want all 5 currently playing players to be dribblers and all attempting long range shots and not having anyone inside the key for offensive rebounds.  Also, you wouldn’t want your small point guard posting up against your opponent’s center.  It is the prerogative of any coach to assign roles or positions to his players and educate them about it in case his players are not familiar in what they are supposed to do.  If a player plays center in the small league, it does not necessarily mean he will still be playing center in the big league.  When a player is reassigned a position, he needs to be aware of his role in the team and put his effort into playing that position.

Objective – the objective of every offense is to score points.  However, in order to accomplish that objective, players need to execute plays given and taught by the coach for different game situations.  If a play is meant for either the center or the shooting guard, then the ball needs to be given to them.  If it is a free play, then the players should try to rotate the ball using passes, screens, cuts, and drives – all to find the most opportune moment for taking the shot.