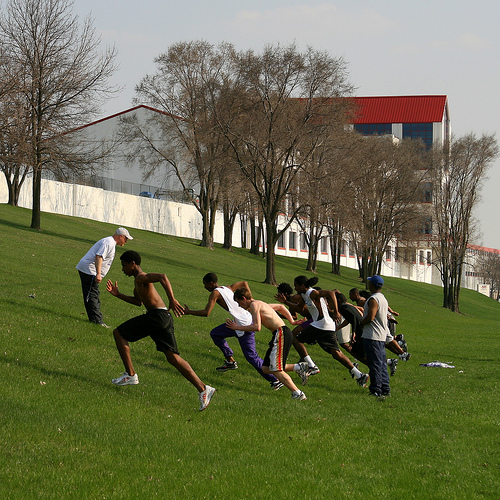 In the game of basketball, both speed and agility are essential to excel in the game.  Speed is the ability to move from one distance to another in a short amount of time and agility is the ability to move quickly and lightly – it is the rapid changing or switching of movement. While there are people who are born with these qualities, it does not necessarily mean they cannot be achieved through drills and practices.  The truth is, with the right types of drills, any person will be able to improve both his speed and agility dramatically.  However, even if you know the types of drills to do, it is important that you do not rush on things and do them methodically – from basics to advanced level drills.  Often times, integrating basketball agility training drills with basketball speed training can greatly improve a player’s game as it enables a player to make fast, quick, and precise movements.

Super Shuttle – this drill is done using the whole key or free throw lane.  To start the drill, a player needs to stand underneath the hoop.  At the whistle, he needs to dash towards the right part of the free throw area in a defensive position.  After reaching the position, you then sprint backwards towards the lower right key.  Upon reaching that position, you then side step to the start position while in the defensive position and then jump to touch the backboard.  As soon as you land, you now dash towards the left side of the free throw area in a defensive position.  When you reach that point, you sprint backwards towards the lower left key, make a sidestep for the start position, and jump to touch the backboard.  Do this drill 6 to 8 times, have a 60-90 second break, and do the drill over again.  If you have teammates that will do the drill with you, have the next player start as soon as a player reaches the first point or position. 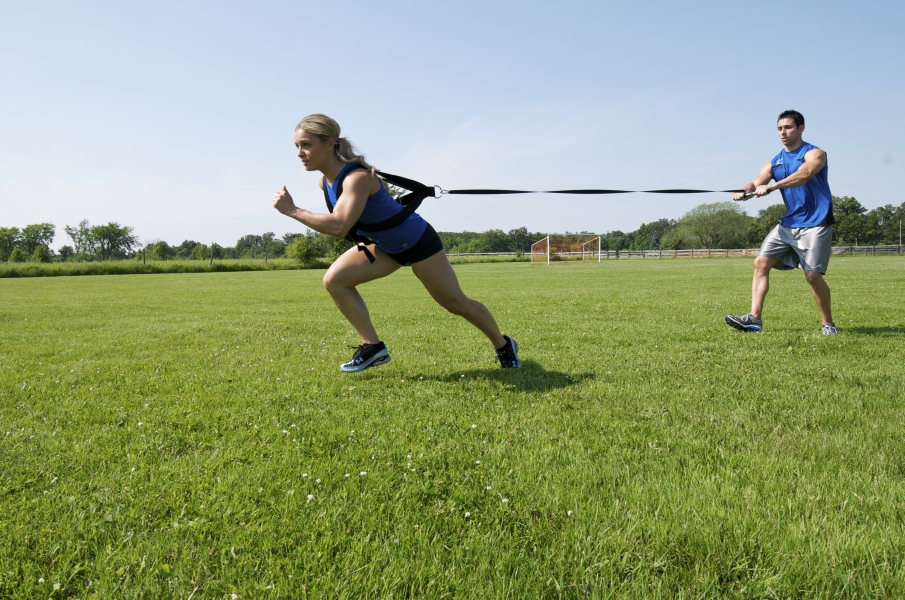 Weave In Weave Out – this drill will help develop your side-to-side movement agility.  To start the drill, place four cone markers in a straight line at three yard spacing.  Place another three cone markers in between the four cones at about three yards distance from the other cones.  Have a player dash towards each marker and do a slalom.  After passing the last marker, make a 180-degree turn and do the slalom again towards the start position.  Do the drill 6 to 8 times, have a 60-90 second break, and do the drill over again.

Box Drill – this drill will help to build agility as well as mental awareness.  To start the drill, mark out a 6 x 6 yard square.  Place a marker cone on each corner and on the center.  The center cone serves as the starting position.  Have a player stand on the center and give out a designated number for each cone markers on the corner.  When you call out a number, the player needs to dash towards that designated cone number and shuffles back towards the start position.  As soon as the player reaches the center cone marker or starting position, yell out another designated cone marker number.  Do this drill for 60-90 seconds, have a 60-90-second break, and do the drill over again.  If there are multiple players, make several squares to accommodate several players.  As soon as other players go on break, the other players will perform the drill.  This drill actually works better when players are tired as it makes them focus more.

Scramble Ups – this drill will help you become faster.  To start the drill, position yourself in a push-up position.  Place both hands on the floor near the chest and point your toes upward for the dash.  On the whistle or command, get up and sprint a 20 to 30 meter distance.  Do the drill 4 to 6 times.  If possible, do this drill with another player for a race.  If both players are even, increase the stake by imposing penalties to the loser such as pushups or laps around the court.

Resistive Sprints – this drill will help to develop energy and speed by working against resistance.  To start the drill, place a towel or a resistive training harness on a player.  Have that player run against the resistance while leaning forward during the sprint.  Do the sprint for about 5 to 10 meters.  Repeat the drill 4 to 6 times then make a sprint without any resistance.  Do the drill over.

Hill Runs – running hills makes you fight against gravity and is the perfect drill for building up acceleration.  To start the drill, you first need to locate a hill with a 5 to 30-degree angle.  Depending on its angle of steepness, do a sprint from 10 to 20 meters.  Do the drill 6 to 8 times, have a 60-90 second break, and do the drill over again.  When you feel that the current angle of hill you’re doing hill runs at is no longer sufficient, look for a steeper hill with 30 to 35 degree angle.