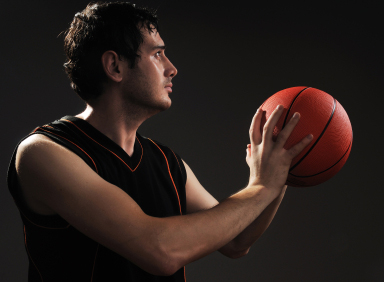 In order to win a game of basketball, you don’t just need offense, but you also need defense – a lot of it.  The truth is there are many defensive strategies that can be employed and even explored by coaches during games and practices.  However, there are certain basic aspects of basketball defense that needs to be learned and incorporated during practice hours so that players are not only acquainted with them, but so that they also do them instinctively. 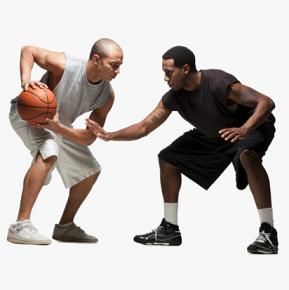 If you are a coach or simply a player wanting to improve, you need to understand that playing defense can become habitual.  This means that if you apply and start playing defense earlier on, or perhaps enforcing your players to play defense all the time, they develop a certain defensive foundation that helps to make a player act upon a defensive situation spontaneously.

When this is practiced as a team, it will build a defensive habit that can help make a team become stronger.  Since playing defense also consumes the energy of the players, practicing it throughout practice games will help in developing the stamina of the players, allowing them to play defense until the final seconds during real game.

When playing basketball in any league, whether professional, amateur, or just local, you will always find teams that are able to score consistently and very few who are able to put on a good defense.  In spite of any team’s offensive capability, if you are able to put a stop to their scoring by at least 25 percent, then you have a good chance of winning.  Unless of course if they too are good in defense.  Another thing that needs to be mentioned though, if your team is very good offensively but sucks at defense, you are likely to lose every game you play against a team with good defense.  This is what makes basketball defense very important.

Before teaching your team any advanced defensive techniques, it is important that you first build a good and solid foundation in defense, particularly with each members of your team.  Regardless of what defensive strategy you want to run in a game or season, the defense will only be as good as the individuals that make it.  If there is even weak chain in the link, once exposed, the opponents will likely use it to penetrate your team’s defense. In order to build up a great defense, you will need three things – stance, closing out / ball pressure, and boxing out / getting rebounds. 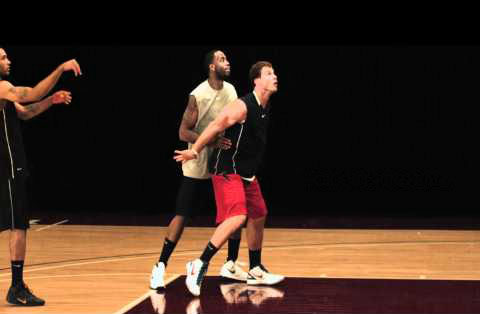 To do the drill, you need to have your players’ lineup on a corner while facing the baseline.  Have the players slide towards the free throw area and put up their defensive stance as they head towards the sideline mid court.  Have the players continue sliding on the other side until they reach the opposite baseline.  Once your players have spent a good amount of time doing this drill, they will likely have improved their defensive stance.  It is important to remember though that this drill is meant to improve on defense and is never intended to beat your defender.

Closing Out and Ball Pressure – this aspect of defense is meant for defending an offensive player as soon as he receives a pass.  It can be enhanced through the smother drill.

To do the drill, you need to have the players line up on each block or on the baseline and have the coach, manager, or another player stand about the distance of the free throw.  The player on the block or baseline will then need to pass the ball towards the coach whom which they will dash onto to try to close them out.  This will put pressure on the current ball handler as they will hardly be able to make any drive.  The option ball handlers will usually have during such situations will be to pass, unless they are confident enough with their jump shooting and ball handling skills.

Box Out and Pursue – this aspect of defense is intended to make players move into box out and pursue action once the ball has been shot.  This defensive skill can be enhanced through the hammer drill.

To do the drill, you need to have the players’ line up on the baseline under the basket.  Have two players step out and put one on offense and one on defense.  The coach will then try to shoot from the opposite side.  Once the shot has been made, the defensive player must then try to find his man, make contact, box out the player, and attempt to get the rebound.

If the defensive player is a newbie, you can instruct the offensive player move half speed to give the defender time to adjust as well as know his grounds.  Once the defender has improved his technique significantly, you can practice this drill at real game speeds.  Also, you need to have players rotate between offense and defense so they can improve on both.

Although the drills mentioned are just basic and are a few of many, the principles behind them are significant as it can greatly improve a players view, action, and reaction towards basketball defense.  The truth is, depending on the coach, he can assign several drills per category and alternating accordingly so as to further improve the reaction time, focus as well as the skills of his players.

The most important part with every drill though is that each player does several reps per drill and per category.  Doing this enthusiastically will help them to perfect their defensive stance, their close outs, and their box outs.  Doing it halfheartedly though will make improvement slow which is why it is best to do it with full enthusiasm.