An Introduction Into Basketball Defense 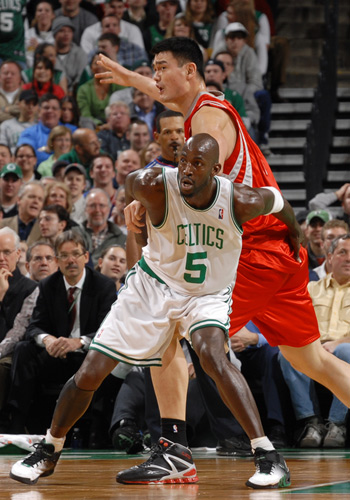 The game of basketball is an enjoyable and energetic sport.  It is a game that encourages players to try to outscore their opponents to win the game.  Although the main objective of the game is to score higher than your opponents in order to win the game, pure offense is not necessarily what enables teams to win the game.  While it is true that scoring is very important, defense is also equally important.  With a good defense, you prevent your opponents from getting any unnecessary points.  Even if an opponent is very good offensively, if you are able at least cut their performance in half with good defense, then your team will have a better chance in outscoring them.  Just be sure that your team knows how to score otherwise your defense will be all for naught.

Defense is without doubt the foundation of a successful basketball team.  Without it, they would not be able to stop or limit the offensive capabilities of their opponents.  This means they also need to catch up each time their opponent makes a goal.  However, with a good defense, whether man-to-man or zone defense, they will be able to prevent easy field goals made by their opponent.  Even if defense is one of the least appreciated aspect of the sport, it is still very important and a must for a team to be successful.  The truth is there many times a team forgets or lacks defense mainly due to their concentration to get back and score more points.  Fans that cheer “defense” helps them to remember it and enable them to also put an effort on defense.

There are many basketball leagues out there, particularly youth leagues, have their players play man-to-man defense only.  The reason behind this, although not scientific, makes perfect sense – you need knowledge of man-to-man defense to learn and apply any type of zone defense. 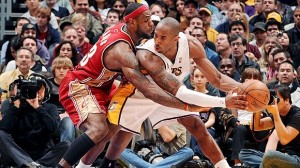 Learning defense can be both difficult and frustrating as doing it in excess will likely result in a foul.  Then again, not doing enough may likely end in penetration.  For a team to become better defensively, they need to undergo meticulous defensive training drills so they will be able to develop the essential defensive skills necessary to prevent the offensive attack of the opponents.  This will include re-enacting game-like scenarios so the players will be able to identify the best course of action for such situations.  In fact, if such game scenarios are practiced frequently, players will be able to develop muscle memory and be able to execute their defense during real games instinctively.  Sadly, there are some coaches and players who prefer not to waste or put enough effort in practicing and improving their defensive game simply because they wouldn’t want to waste any of their time on it.  Instead, they place all their efforts in improving their offense.  Although it is true that a player who can dribble, shoot, and pass effectively is considered a good player, it does not make him a complete player if he does not know how to play defense.

Whether you are a coach or a player, you should be able to understand just how important defense is.  This is why it is important to learn the fundamentals on defense, communication techniques, and rotations to develop the skills necessary to anticipate the moves of your opponents and thus prevent them from scoring.

When practicing defense, you must cover all aspects of defense.  This includes fundamental defensive movements like running, sprinting, and charging at the ball as they will be beneficial and help players quickly transition from offense to defense.  Should a player be unable to react or transition quickly, then the player is not fit for defense.  A good defensive player will be able to approach the opponent with the ball and be able to predict the opponent is going to make.  Such defensive prowess and capabilities requires agility, fast reaction time, and good balance – something which can all be learned with drills and practice.  However, it is the ability to read the opponent player’s move that is a great asset for any defensive player.

There are many basketball defensive drills that concentrate on one-on-one plays.  This trains players on man-to-man defense, something which is very useful when isolating a good scorer from his team to prevent him from making any field goals.  If you are a coach teaching your players defense or simply trying to learn about their defensive capabilities, it is important that you just don’t rely on their innate defensive abilities but to try to develop and improve them further.  This can be accomplished using instructions along with practices under real game speeds.

Stay Low – if you are on your defensive stance, be sure to keep low with knees bent, back straight, and your hands up.  Staying low will better your center of gravity and provide you with better reaction time, thus allowing you to quickly move towards any direction and possibly result in lesser fouls.

Communicate – the game of basketball is a team sport which is why communication between players is very important so that the team can effectively play together.  If a player is having a hard time on defense, he should let his teammates know so that if an opportunity comes, other teammates can provide additional defense and possibly do a double team.  Also, concentrating on your man and on the ball inhibits you from seeing the rest of the court which is why good team communication is essential to have a better team defense.

Deny, Deny, Deny – when your man does not have the ball is the easiest time you can play defense on him.  This is done by attempting to prevent him from getting the pass or sealing him with the ball as soon as he receives it, preventing him from even being able to dribble.

The importance of basketball defense cannot be emphasized enough by great coaches and great players themselves.  They understand that a poor defense will allow the opponent to easily score points.  This makes it crucial for every player to learn how to play defense in order to prevent any players from the offensive team from getting any easy points.