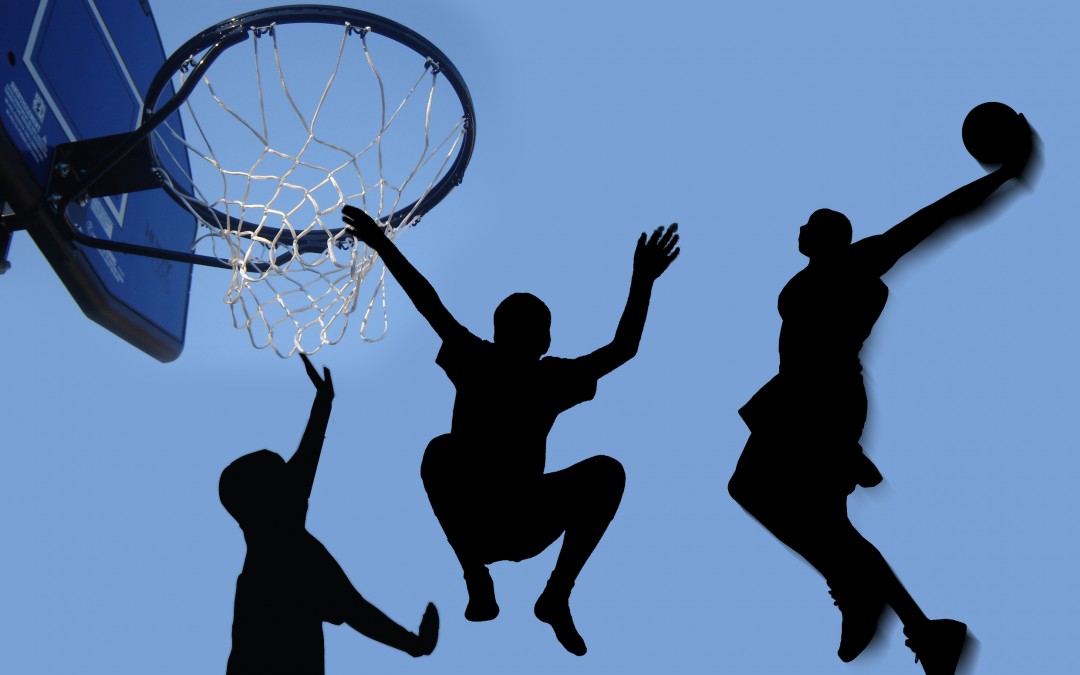 The game of basketball is a team sport that requires both cooperation and teamwork.  Although individual skills and talents are necessary, if the whole team doesn’t have any teamwork, then that team is likely to fail in winning many games.  For example, if a team has three talented star players who don’t have teamwork and rarely passes to the other, they may win some games with that game play of their, but never any championship.  This is because teamwork is also a crucial part of the game.  Every member of the team has specific roles, and these roles should be played accordingly.  Despite this role limitation, the team should work in unison in relation to their role and the role of their teammates.  In order for a team to work as a team, they need to practice as team, and one of the best ways to do this is to have them practice team drills together.

The list below shows some of the popular team drills that may improve not just your overall game, but also your teamwork.

Spot Shooting Contest – mark down several shooting spots on the floor and have each player attempt to shoot as many as they can in 1 minute.  The pointing system will be 1 point for short jumpers, 2 points for medium-range shots, and 3 points for shots made outside the three-point arc.  The player who gets the most points wins. 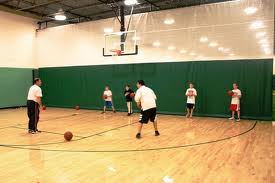 Ball Saver – have the whole team lined up on a marked line then roll the ball towards the outside.  At the whistle, have the team scurry in an attempt to save the ball before the ball goes out of bounds.  This will help the team develop aggression in getting and fighting for a loose ball.

Defensive Challenge – have each player take turn in defending against other player.  The game is if a defender manages to stop the offensive player from shooting, he gets a point.  If the offensive player manages to successfully score, then he gets a point.  Tally the scores and check their stats to see which player is actually better at defending and who is actually good at scoring.  The play is stopped in the event of fouls.  This means no point for the offender.

Ball Handling Challenge – using the opposite end of sideline, have one player stand on each end.  Have one player dribble around the perimeter with their left hand until he reaches the other end of the sideline.  On the other end of the sideline, have a player run to the opposite end of that sideline (the spot where the player who will dribble is at), and have him run backwards until he reaches his initial spot.  Since both players will start running and dribbling at the same time, the objective is for the player dribbling with his left hand to reach the designated spot before the backpedaller gets back.  This drill will help to increase speed dribbling with the off hand.

Box Out Drill – have one player practice boxing out while the person being boxed out attempts to get free to get the ball placed in front.  Since the ball is stationary, the positioning of the person boxing out is less tricky.  If the defender is able to box out the other player for 10 seconds, that player will need to do 10 pushups and 15 sit ups (or more depending on the arrangement/deal).  If the player manages to get passed the defender, they then trade places and attempt the drill again.

Rebound Drill – have one player attempt a missed shot while the other player tries to get the rebound and shoot it.  Once the rebounder is making more shots go in, have a defender that will try to do the rebound as well and attempt to block him when he takes his shot.

Team Rebounding Drill – have players partner up.  One player will go on defense while the other is on offense.  The coach will shoot 5 shots from the arc and the defense must box out the offense in order to get all 5 rebounds.  Every rebound that the offensive player gets will mean 1 penalty lap around the court.  Have them swap positions and repeat the drill.

Dribble Tag – have every player have a ball and dribble it while playing tag.  Since they need to be in control of the ball while running or trying to tag someone, it will help them to develop more ball control while trying to move around at a fast pace.  If the drill gets out of hand, try to limit the area of play.

Knock Away – give each player of the team a ball and limit their area, say half court.  Once the command is given, players must dribble their ball at the same time trying to knock off the ball of other players.  Players that go out of the play zone, get their balls knocked out, or players who are not aggressive enough are out of the game.  Once there is only one player remaining, all players that are out of the game receives a penalty, such as 5 laps around the court.

Countdown – during a scrimmage, the coach will do a countdown from 10 to 0.  This will help the players practice timing as they do not need to make wild half court shots when there are still several precious seconds to go.

When developing teamwork, the team or coach must practice having the team do things together and not just see each other during games and practice.  Doing things together, such as team building, will help to develop bonds and help each player accept each other.  This then will inevitably lead to better teamwork.